The Governor’s Office of Planning and Research (OPR) and California Strategic Growth Council (SGC) teams are filled with gratitude for the leadership of Kate Gordon, who on June 15, 2021, stepped down after her tenure as Director of OPR and Chair of SGC. Gordon shared the following reflection from her experiences at OPR and SGC: 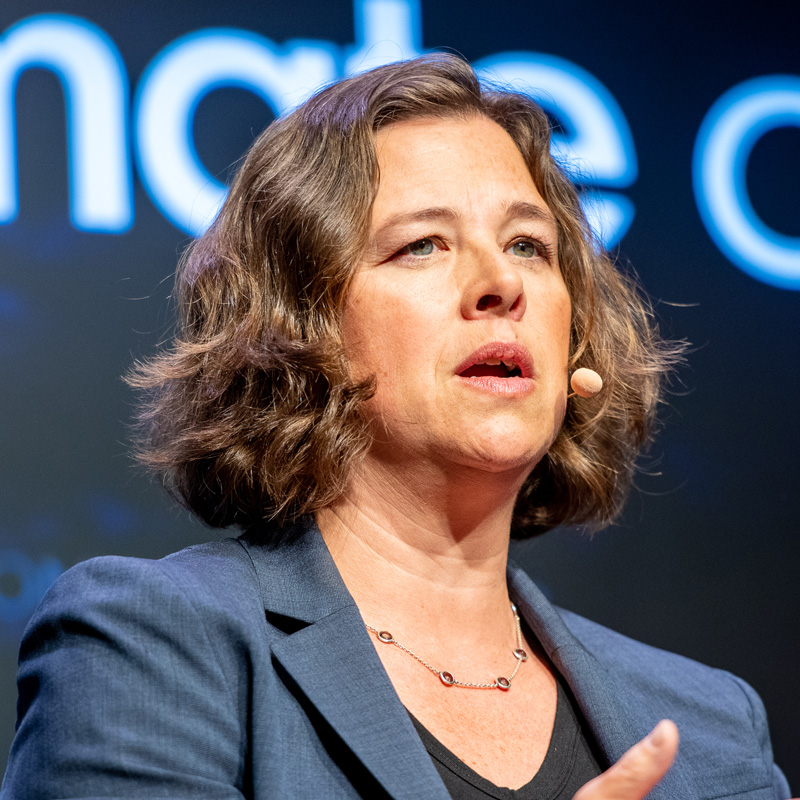 To all our amazing partners at OPR and SGC,

It is with an overwhelming sense of gratitude that I write this note, at the end of my two-and-a-half-year stint as the Director of OPR and Chair of the California Strategic Growth Council.

I do not have to tell any of you what a roller coaster these last few years have been for California as a whole, and for OPR in its role as the long-range planning and policy advisor for the state. To name just a few of the milestones: the Catastrophic Wildfire Commission. Executive Order N-19-19 and its integration of climate risk and opportunity into agency and pension decision-making. The historic $12.5 billion “climate budget” Governor Newsom proposed in January 2020. The dissolution of that budget as we realized the scale of the threat from COVID-19. The recognition, through SB 743, that when it comes to climate and equity impacts, how much we drive is as important as what we drive. The call-out of Just Transition in EO N-79-20 as a key strategy to support the state’s climate and sustainable economic development goals. And, of course, 2020 itself: a year not only of the pandemic but also extreme heat, more wildfires, the demonstration of what happens when an economic shock comes up against structural inequality, and a long-overdue reckoning with American racism.

Through all of it, the incredible OPR and SGC teams worked tirelessly to get facts on the table, bring diverse stakeholders into key discussions, and make decisions with a commitment to the Governor’s core principles of sustainability, resilience, and equity.

And through it all, despite the challenges (and there were many!), I woke up every single day inspired. Inspired by the creative and visionary ways our regional and local government partners build on the diverse economies and ecosystems across the state to foster and create thriving communities for all Californians. Inspired by the public servants working across state government to better align our policies and programs. Inspired by Governor Newsom and his commitment to a “whole of government” approach on addressing the current impacts of climate change while driving forward on policies to bend the climate curve.

Most of all I am inspired by, and in awe of, the OPR and SGC staff. As an agency, OPR is small and mighty, made up of just over 100 phenomenal public servants who get up each day focused on how to make the world, California, and our communities better places to live and thrive in. I could not have asked for better colleagues and friends.

As I head off to a new post with the Biden-Harris administration, I take with me all the lessons I have learned from them, as well as from all of you. I promise this: whatever my formal title and role, I am forever in your corner.

Kate Gordon was appointed Director of the Governor’s Office of Planning and Research and Senior Advisor to the Governor on Climate by Governor Gavin Newsom on January 7, 2019.

Gordon has spent the past two decades working at the intersection of climate change, energy policy, and economic development. Prior to being appointed OPR Director and taking the helm of the Strategic Growth Council, Gordon was the founding director of the Risky Business Project, which focused on quantifying the economic impacts of climate change on U.S. energy demand, crop yields, and coastal infrastructure as well as on human health and mortality.

Prior to her work on Risky Business, Gordon served in senior leadership positions at several nonpartisan think tanks including the Henry M. Paulson Institute, the Center for the Next Generation, the Center for American Progress, and as a nonresident Fellow at the Center on Global Energy Policy at Columbia University. Gordon got her start on energy and climate issues working to craft progressive policies at the intersection of labor, business, community, and environmental interests at the national Apollo Alliance, where she ultimately served as co-Executive Director until the merger with the Blue-Green Alliance in 2011. Under her leadership, the Apollo Alliance drafted key parts of the American Recovery and Reinvestment Act of 2009 (ARRA) including the Advanced Manufacturing Tax Credit and a competitive grant program for green jobs training, and partnered with the AFL-CIO to draft the "just transition" portions of the proposed American Clean Energy and Security Act (aka the "Waxman-Markey bill").

Gordon will join the United States Department of Energy. Under the Biden-Harris administration, Gordon will work towards ensuring that the country’s transition to a carbon neutral future provides real and tangible economic opportunities to all communities and workers and is as equitable as it is sustainable.