We are thrilled to welcome Kate Gordon as Director of the Governor’s Office of Planning and Research. Kate’s extensive, multi-sectoral experience makes her a great fit for the role and we are very excited to work with her! Learn more about Kate below: 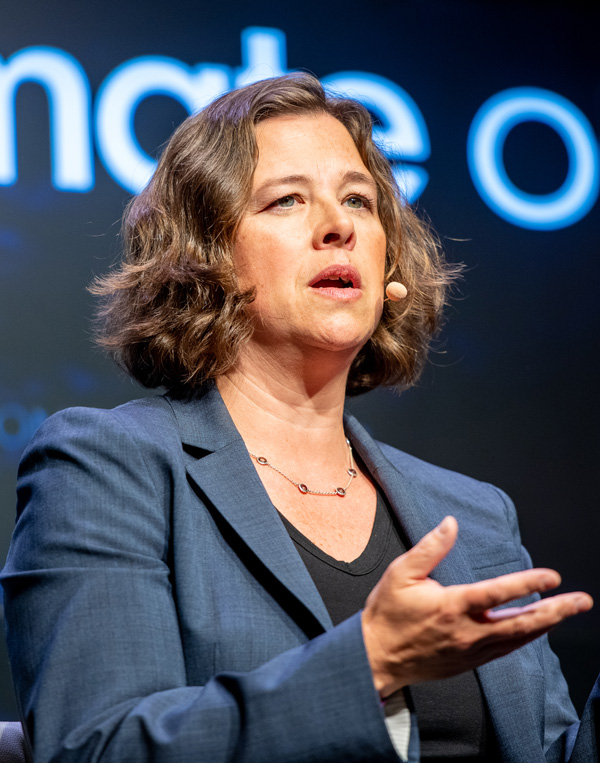 Kate Gordon is a nationally recognized expert on the intersection of climate change, energy, and economic development. Gordon was appointed Director of the Governor’s Office of Planning and Research by Governor Gavin Newsom on January 7, 2019. Prior to being appointed Director, Gordon was a Senior Advisor at the Paulson Institute, where she oversaw the “Risky Business Project,” focused on quantifying the economic impacts of climate change to the U.S. economy, and also provided strategic support to the Institute’s U.S.- China CEO Council for Sustainable Urbanization. She was also a nonresident Fellow at the Center on Global Energy Policy at Columbia University, and an advisor to Duke University’s Center for Energy, Development, and the Global Environment.

Earlier in her career Gordon served as Vice President for Climate and Energy at the Center for the Next Generation, Vice President of Energy and Environment at the Washington D.C.-based Center for American Progress, and Co-Executive Director at the national Apollo Alliance (now part of the Blue Green Alliance).

Gordon earned a law degree and a master’s degree in city planning from the University of California-Berkeley, and an undergraduate degree from Wesleyan University.

We asked Kate a few questions to learn about her and her vision for OPR:

What is your vision for the Governor’s Office of Planning and Research?

California is projected to be home to 50 million people by 2050. As we grow, we need to make sure we're doing so in a way that is truly sustainable: continuing our leadership on addressing climate change, but also investing in a more resilient and equitable economy that works for all Californians. To me, OPR is the critical place where all these issues come together. We are working at the intersection of housing affordability, access to transportation, and climate resilience, each of which is central to California’s future sustainable growth. I'm excited to find ways to bring together diverse perspectives and stakeholders from inside and outside state government, and to provide clear data-driven analysis, to achieve that vision of a more sustainable and equitable California.

As Director of OPR, you’ll be a Strategic Growth Council (SGC) Councilmember. What are you most looking forward to in that role?

The Strategic Growth Council provides a fantastic opportunity to work closely with a wide range of state agencies that have a stake in long-range planning and land use decisions. these issues sometimes get siloed in specific agencies, and the Council allows state leaders to bring their particular expertise and experience to a broader discussion. I also love that SGC works directly in communities to show what sustainable, equitable growth looks like in practice.

Tell us about the unusual expertise you bring to state government.

I've spent a lot of my career bringing together different stakeholders with diverse perspectives -- as a tenant organizer after college, then working at the intersection of climate change, clean energy, and economic development at a variety of think tanks and NGOs, and finally as a consultant working with the private sector. I tend to gravitate toward the hard issues: speaking to audiences not already convinced of the centrality of climate change to economic prosperity, or in states or regions that have not been at the forefront of environmental or clean energy action. I think that ability to really listen to who is in the room and find pathways forward to achieve common goals will be really useful in my new role, especially at OPR which works across so many issue areas and with so many different agencies and interest groups.

I try and spend as much time as i can with family: my husband, kids (ages 12 and 7 1/2) and my big mastiff-boxer mix of a dog. I'm also a big reader, mostly of things that have nothing at all to do with my work – particularly detective novels and thrillers (the darker the better). Lately I’ve also gotten into reading political history, and am currently halfway through Robert Caro’s "Master of the Senate", part of his multi-volume biography of Lyndon B. Johnson. Lots of lessons in there for navigating the politics and bureaucracy of state government! Finally, I play the viola and occasionally get together to play chamber music with friends, though not as often as I'd like.